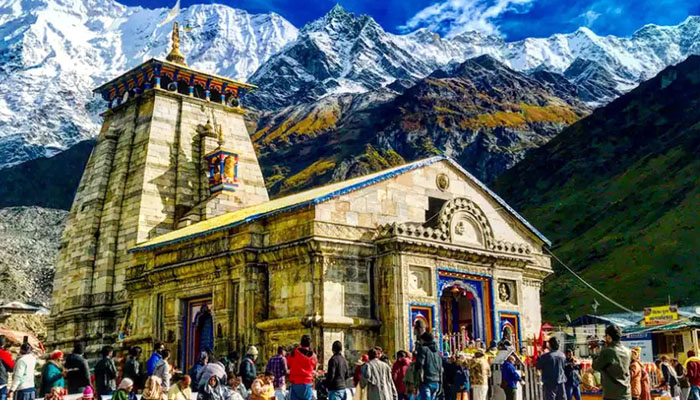 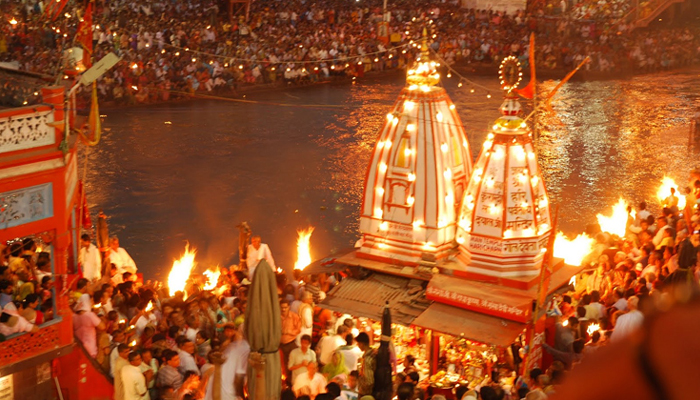 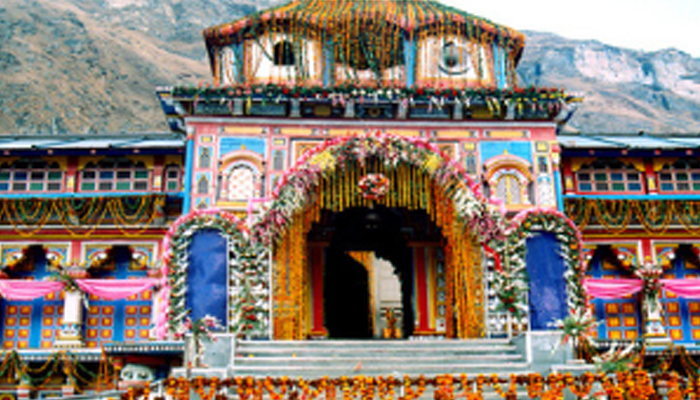 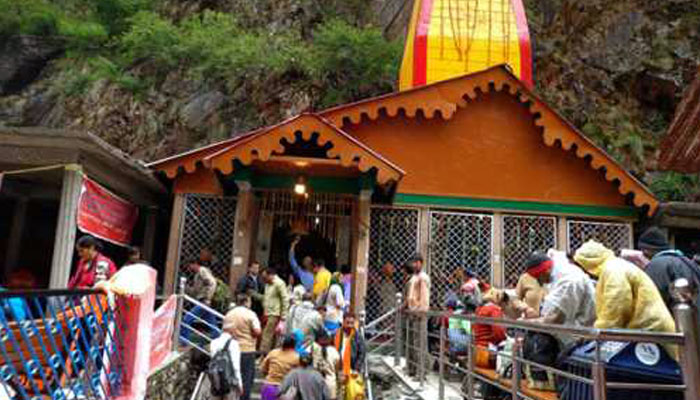 As per legend goddess, Ganga took the form of river Ganga to absolve the sins of King Bhagiratha’s predecessors, following his severe penance of several centuries, & it is the place where Goddess Ganga descended on the earth when Lord Shiva released the mighty river from the locks of his hair to minimize the immense impact of fall of the river on the earth which could have to destroy the earth. Gangotri Dham temple is on the bank of the river Ganga & dedicated to goddess Ganga. Nepalese General Amar Singh Thapa has built the original Gangotri Temple.

Bhagirath Shila: This is believed to be the exact holy rock where King Bhagirath prayed to Lord Shiva, to help him to bring goddess Ganga to earth.

Pandava Gufa: It is located 1.5 km from Gangotri, which is believed to be the place where Pandavas have meditated and rested en route to Kailash. One has to trek up to the Pandava Gufa from Gangotri to visit this place.

Harsil: Harsil valley is located between Uttarkashi & Gangotri, which is 78 km. from Uttarkashi, and 30 km away from the Gangotri National Park. At this place idol of the goddess, Ganga is brought down & worshiped when the main temple remains closed due to heavy snowfall. Harsil is the base camp of the Indian army’s “The Garhwal Scouts” and “Indo-Tibetan Border Police (ITBP)” & is also famous for apple plantation. As per local legends, it is believed that Harsil got its name when rivers Bhagirathi & Jalandhari was having an argument & to pacify them Lord Vishnu (Hari) had to intervene & had to turn down himself into a great stone (Shila) to absorb their anger. So, the name Harsil comes from a combination of “Hari + Shila”. Even today after this point water of both rivers becomes less turbulent.

Yamunotri is the source of the river Yamuna & the temple is dedicated to the goddess Yamuna. Sangya is considered to be the birthplace of the Yamuna in the Champasak Glacier (4,421 m) just below the Banderpoonch Mountain. Kalind Parvat is adjacent to the river source & is dedicated to her father Kalind (Kalind is another name of sun deity – Surya).

The original temple was built by Maharani Guleria of Jaipur in the 19th century, which was destroyed several times over the period. There is confusion that who built the temple & as per other beliefs the temple was constructed by Maharaja Pratap Shah of Tehri Garhwal.

Yamunotri Temple: Dedicated to goddess Yamuna.
Surya Kund: In close proximity to the temple there is a number of hot water springs, in which Surya Kund is most important.
Divya Shila: A pious rock that is worshiped as part of ritual after taking bath in Surya Kund & before entering the Yamunotri Temple.
Hanuman Chatti: The confluence of Hanuman Ganga & Yamuna River.
Janaki Chatti: It is the originating point of the Yamunotri Dham trek. From Barkot you will be driven up to this point & after taking a holy dip in a hot water spring you have to trek up to 5 km to reach Yamunotri.
Kharsali: During winter when Yamunotri becomes inaccessible, goddess Yamuna is brought here & worshiped, which means this is the winter seat of the goddess.
Shani Temple: This temple is believed to be built by Pandava of Mahabharata. It is the first site which is visited during Chardham Yatra.

Kedarnath temple is situated in the Rudraprayag district of Uttarakhand in the Garhwal region on the shore of the Mandakini river. The temple is dedicated to Lord Shiva & is open to the general public from April (AkshyaTritya) to Nov (Kartik Purnima). After November this area becomes inaccessible due to heavy snow & thus deity is brought down to Ukhimath & worshiped till the main temple gets opened.

Temple is not directly accessible by road, one has to trek from Gaurikund to Kedarnath temple which is around 22 km. Pony, Palanquin & Helicopter services are also available to reach the temple.

As per legend, it is believed that after the epic Kurukshetra war, Pandava wished to atone for the sins of committing fratricide (Gotrahatya) and Brahmanahatya (killing of Brahmins — the priest class) during the war. So in search of Shiva, they reached here, but Shiva wanted to avoid Pandavas because he was very annoyed by the deaths & dishonesty at the Kurukshetra war and was, therefore, insensitive to Pandava’s prayers. Therefore, he assumed the form of a bull (Nandi) and hid in the Garhwal region.

When the Pandavas managed to track & find him in this region, he tried to disappear by sinking himself head-first into the ground. Bhima (Second brother among Pandava), grabbed his tail, forcing him to appear before them and forgive them. The portion of Shiva body in form of Nandi appears at four different places & collectively these places are referred to as Panch Kedar. These Panch Kedar places are Kedarnath (Hump Portion) Tungnath (Arms), Madhyamaheshwar (Nabhi & Stomach), Rudranath (Face), Kalpeshwar (Hair) & Pashupatinath, Nepal (Head Portion).

The present temple, built in the 8th century by Adi Shankaracharya, stands adjacent to the site of an earlier temple built by the Pandavas.

Kedarnath Temple: Dedicated to Lord Shiva & is one of the 12 Jyotirlinga.
Gupkashi: Guptkashi has the importance of housing ancient temples like Vishwanath temple and Ardhnareshwar temple. The main attraction of this place is Manikarnika Kund, the confluence of two streams of the Ganga and Yamuna.

Badrinath temple is situated in small-town Badrinath in Chamoli district of Uttrakhand. This place is considered very auspicious and is the fourth among Chhota Chardham Yatra Package.

The temple is dedicated to Lord Vishnu & is located between Nar & Narayan mountain ranges and in the shadow of Nilkantha peak at the height of 3,133 mts. It is the most popular of Vishnu pilgrimages among the five Badries, also known as Vishal Badri.

Badrinath Temple: Dedicated to Lord Vishnu.
Narad Kund: This is the sacred place where Adi Shankaracharya found the Idol of Lord Vishnu in form of Shaligrama in the bay of the Alaknanda river.
Tapt Kund: As the name suggests it is a hot water spring situated between Badrinath Shrine & Alaknanda river. Pilgrimage take the holy dip in this kund before going to Badrinath.
Mata Murty Temple: It is dedicated to the mother of Lord Badrinath. Located 3 km from the main Badrinath temple on the bank of Alaknanda river.
Mana Village: Last village at Indo-Tibetian border & habitat of Indo-Mongolians.
Bhim Pul: Natural bridge formed by a rock on the other side of Mana Village.
Sheshnetra: As per mythology Lord Vishnu took a retreat on a snake by the name Anantha Shesha.
Charan Paduka: A beautiful rock having the foot impression of Lord Vishnu.
Panch Dhara: Group of 05 water streams originating at Badrinath, namely Prahlad Dhara, Kurma Dhara, Bhrigu Dhara, Urvashi Dhara, and Indira Dhara.
Panch Shila: Collection of five stones standing between Tapt Kund & Narad Kund. They are Garud Shila, Nar Shila, Sarsingh Shila, Varah Shila & Markandey Shila.
Vyas Gufa: It is believed that Rishi Vyas wrote Mahabharata in this cave.
Ganesh Cave: As per Hindu mythology it is believed that Lord Ganesha penned the Mahabharta as dictated by Rishi Vyas.

Chhota Chardham Yatra is one of the must-do trips for Hindus. Every Hindu must visit these places once in a lifetime.

We start taking bookings for the next season from the month Oct – Nov previous years. So, to get your best deals & grab your discounts you must book early. 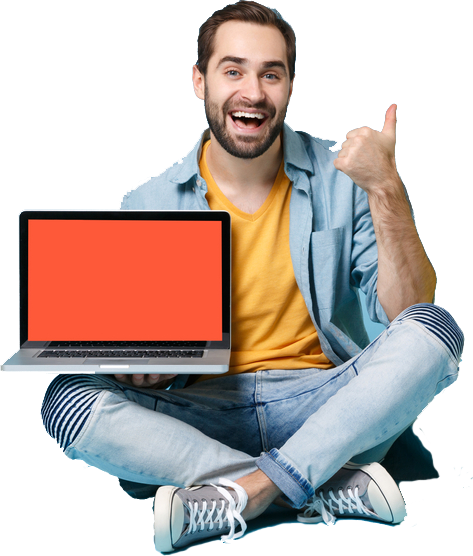 Which are the Four Dhams which are covered in Chhota Chardham Yatra Package.

Why these Dham are famous & who is the deity of each Dham?

What is the best time to take Chardham Yatra Package?

What are the essential things we must carry along with us during the tour?

Find below the list of essential items you must carry along with you on the Chardham Yatra Package.

Is any pre-booking / registration required?

Yes, need to pre-book your Chardham Yatra Package to avoid hassles/inconvenience during the tour. Also, registration is required before you commence your Yatra, which is taken care by us once you are done with your booking through us.

Which type of hotels/accommodations available / you provide in your Chardham Yatra Package?

Luxury hotels are available only at the plains i.e Haridwar & Dehradun & some part of the Yatra Route. But, because of the extreme conditions at most of the places basic hotel facilities only available. However, we always try to provide the best services to our guests & hence choose the best available hotels at each place we are providing stay.

Which meals are included in your package?

In all our “Fixed Departure Tours” we provide all meals, but for individual tours, we offer only breakfast at the hotel. However, other meals can also be included on request from the traveler.

What kind of food available / you provide in Chardham Yatra Package?

Food Vegetarian foods are available throughout the Yatra route along with light snacks. We provide complete meals (pure veg) which are freshly & hygienically prepared every time before they are served in all our Fixed Departure Tours.

Is ATMs available at places on Yatra Route?

Yes, ATMs are available at places, but they are very crowded, so you are advised to carry a sufficient amount of cash which may be needed during your Yatra in case of emergency. However, cards & digital payments are also acceptable at places in this route.

Do you conduct Chardham Yatra Package by Helicopter?

Yes, we do conduct Chardham Yatra Package by Helicopter along with by road.

Do you provide Helicopters from Delhi, Mumbai, Ahmedabad, Bangalore, or Hyderabad?

No, Chardham Yatra Package by Helicopter is conduct Ex-Dehradun. So, the guest has to reach Dehradun to take this package.

How can I reach Dehradun?

ou can reach Dehradun by Flight / Train / Bus. All these transport modes are available.

What is the distance of the helipad from the temple?

Temples are very closely located to the helipad, i.e within walking distance. However, a pony OR palanquin can also be taken to reach the temple.