Our Chardham Yatra Package is designed to help you in completing the most significant & important spiritual journey of your lifetime. Bharat is the nation where spirituality is enrooted from the very beginning in everyone through religion, meditation & short spiritual trips. As per Hindu mythology, it is believed that Moksha (Surrender to the cycle of incarnation) is the destination of human life & if you complete the Chardham Yatra Package, it is the ultimate key to find Moksha.

This article on the Chardham Yatra Package is the complete guide for you to know about significance, history, places to visit, registration process, routes, the distance between the places & best time to visit. So, if you want a lifetime experience & a memorable trip,  book your Chardham Yatra Package through us & give us an opportunity to serve you.

As per legend goddess, Ganga took the form of river Ganga to absolve the sins of King Bhagiratha’s predecessors, following his severe penance of several centuries, & it is the place where Goddess Ganga descended on the earth when Lord Shiva released the mighty river from the locks of his hair to minimize the immense impact of fall of the river on the earth which could have to destroy the earth. Gangotri Dham temple is on the bank of the river Ganga & dedicated to goddess Ganga. Nepalese General Amar Singh Thapa has built the original Gangotri Temple.

Yamunotri is the source of the river Yamuna & the temple is dedicated to the goddess Yamuna. Sangya is considered to be the birthplace of the Yamuna in the Champasak Glacier (4,421 m) just below the Banderpoonch Mountain. Kalind Parvat is adjacent to the river source & is dedicated to her father Kalind (Kalind is another name of sun deity – Surya).

The original temple was built by Maharani Guleria of Jaipur in the 19th century, which was destroyed several times over the period. There is confusion that who built the temple & as per other beliefs the temple was constructed by Maharaja Pratap Shah of Tehri Garhwal.

Kedarnath temple is situated in the Rudraprayag district of Uttarakhand in the Garhwal region on the shore of the Mandakini river. The temple is dedicated to Lord Shiva & is open to the general public from April (AkshyaTritya) to Nov (Kartik Purnima). After November this area becomes inaccessible due to heavy snow & thus deity is brought down to Ukhimath & worshiped till the main temple gets opened.

Temple is not directly accessible by road, one has to trek from Gaurikund to Kedarnath temple which is around 22 km. Pony, Palanquin & Helicopter services are also available to reach the temple.

As per legend, it is believed that after the epic Kurukshetra war, Pandava wished to atone for the sins of committing fratricide (Gotrahatya) and Brahmanahatya (killing of Brahmins — the priest class) during the war. So in search of Shiva, they reached here, but Shiva wanted to avoid Pandavas because he was very annoyed by the deaths & dishonesty at the Kurukshetra war and was, therefore, insensitive to Pandava’s prayers. Therefore, he assumed the form of a bull (Nandi) and hid in the Garhwal region.

When the Pandavas managed to track & find him in this region, he tried to disappear by sinking himself head-first into the ground. Bhima (Second brother among Pandava), grabbed his tail, forcing him to appear before them and forgive them. The portion of Shiva body in form of Nandi appears at four different places & collectively these places are referred to as Panch Kedar. These Panch Kedar places are Kedarnath (Hump Portion) Tungnath (Arms), Madhyamaheshwar (Nabhi & Stomach), Rudranath (Face), Kalpeshwar (Hair) & Pashupatinath, Nepal (Head Portion).

The present temple, built in the 8th century by Adi Shankaracharya, stands adjacent to the site of an earlier temple built by the Pandavas.

Badrinath temple is situated in small-town Badrinath in Chamoli district of Uttrakhand. This place is considered very auspicious and is the fourth among Chhota Chardham Yatra Package.

The temple is dedicated to Lord Vishnu & is located between Nar & Narayan mountain ranges and in the shadow of Nilkantha peak at the height of 3,133 mts. It is the most popular of Vishnu pilgrimages among the five Badries, also known as Vishal Badri.

Chhota Chardham Yatra is one of the must-do trips for Hindus. Every Hindu must visit these places once in a lifetime.

We start taking bookings for the next season from the month Oct – Nov previous years. So, to get your best deals & grab your discounts you must book early.

Chardham Yatra Package From Haridwar in 2023

Chardham Yatra is a very auspicious tour that every Hindu across the world dreamt of doing it. In our Chardham Yatra Package from Haridwar, we offer & organize trips to all four holy places i.e Yamunotri, Gangotri, Kedarnath & Badrinath.

To know more about our Chardham Yatra Package from Haridwar, kindly check our below tour itineraries. Hope you will find them in-line with your requirement. Please note, these itineraries are customizable & can be modified as per guest requirement too, if needed. 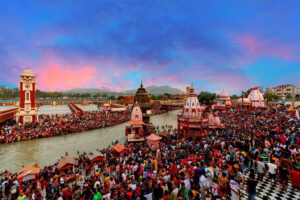 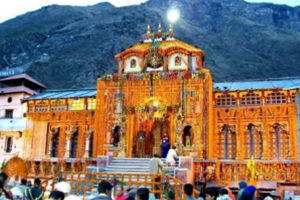 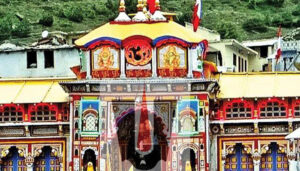 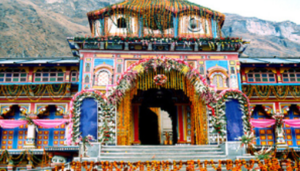 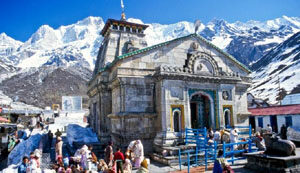 Chardham Yatra Package From Delhi in 2023

New Delhi being the capital of India, enjoy better connectivity from all over, be it air, rail, or road New Delhi is not only very well connected from other parts of the country but the entire world as well.

As Hindus reside all over & they intend to take this Chardham Yatra once in a lifetime, thus New Delhi serves them as an origin point if they are not comfortable reaching Haridwar.

To know more about our Chardham Yatra Package from Delhi, kindly check our below tour itineraries. Hope you will find them in-line with your requirement. Please note, these itineraries are customizable & can be modified as per guest requirement too, if needed. 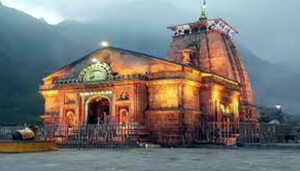 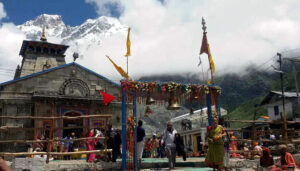 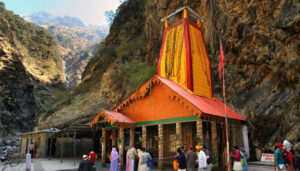 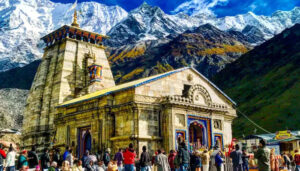 To Book your Chardham yatra packages you can connect us at

Our Other Popular Packages